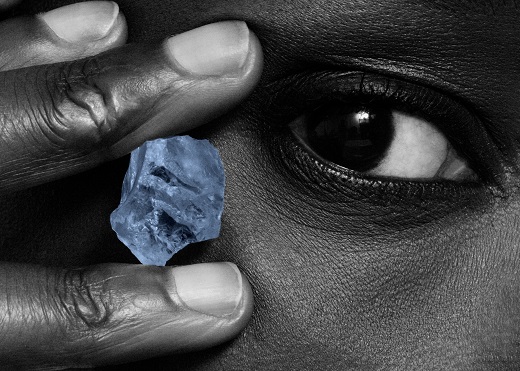 RAPAPORT… Petra Diamonds’ sales accelerated in the past fiscal year as the market improved and discoveries of high-value stones paid off.

The company, which operates the Cullinan, Finsch and Koffiefontein mines in South Africa, attributed the growth to sales of stones valued at $5 million or more. This segment contributed a record $60.2 million in revenue during the year, compared with $14.9 million in the previous year.

During the period, the company sold five rough blue diamonds to De Beers and manufacturer Diacore for $40.4 million, while Dubai-based Stargems DMCC bought a 299.3-carat, white rough stone for $12.18 million. All six pieces came from the Cullinan mine.

The global diamond industry has enjoyed a recovery since late 2020 as retail demand returned and the trade witnessed shortages of both rough and polished goods.

In the fourth fiscal quarter ending June 30, Petra’s rough prices grew 5.7% on a like-for-like basis versus the previous quarter, it said. Meanwhile, the miner’s inventories shrank to 637,676 carats at the end of the quarter — down from just over 1 million carats on March 31 and almost 1.4 million carats on June 30, 2020.

“Positive demand for rough diamonds continued in [the fourth fiscal quarter], driven by strong consumer demand in the key retail markets, notably the US and China, coupled with low inventories and the return of capacity in the midstream in India,” management explained. “Demand was also supported by upstream supply discipline and shortages in some areas.”

Production fell 10% to 3.2 million carats for the fiscal year because of operational issues at Finsch and Koffiefontein. In addition, the company’s Williamson mine in Tanzania remained on care and maintenance for the entire 12 months.

Petra has forecast an increase in output to between 3.3 million and 3.6 million carats in the new fiscal year ending June 2022, including up to 3.4 million carats from the South African mines. The company is working on plans to resume operations at Williamson during the current quarter, it noted.

“Demand for rough diamonds is expected to remain robust in the second half of [the] 2021 [calendar year], with retailers anticipating continued strong consumer demand,” the miner added. “The company continues to closely monitor the impact of Covid-19 on its clients’ ability to attend tenders and will continue its flexible approach in planning its upcoming sales events.”

Image: One of the rough blue diamonds Petra sold to De Beers and Diacore. (Petra Diamonds)