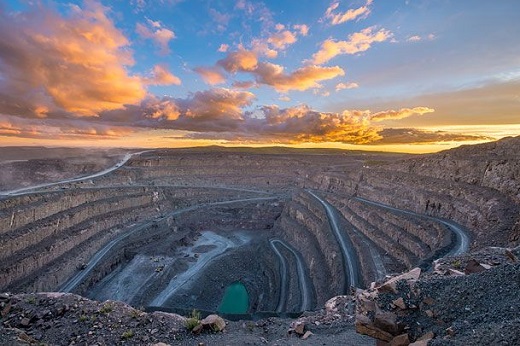 RAPAPORT… Gem Diamonds enjoyed a continued recovery in rough demand during the first half of 2021, with an improvement in market conditions boosting prices for its goods.

Gem Diamonds, which owns the high-value Letšeng mine in Lesotho, was one of only a few rough producers to report full-year growth in revenue and profit in 2020. The company benefited from a sharp rebound in demand in the second half of the year, which outweighed the slump that hit the entire diamond supply chain during the Covid-19 crisis.

While the sales total in the first half of 2021 was lower than in the previous six months, prices were higher on a like-for-like basis than during the “latter part” of 2020, management noted.

“It is pleasing to see demand for Letšeng’s high-quality diamonds continue the upward momentum from late 2020, with strong prices achieved in the period,” said Gem Diamonds CEO Clifford Elphick.

During the six months, the miner recovered three rough diamonds above 100 carats, including stones weighing 367 and 254 carats. The latter fetched $40,139 per carat. Meanwhile, a 3.35-carat pink diamond achieved $119,886 per carat, the company’s highest for the period.

Image: An aerial view of the Letšeng mine. (Gem Diamonds)