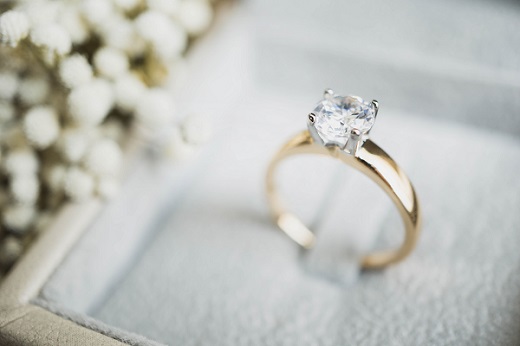 Sales continue their upward trajectory — at least for the near future.

RAPAPORT… It’s been a summer heat wave of sales. Wholesalers were using superlatives to describe their business, and reporting percentage increases that would more likely be associated with start-ups than with long-established companies.

Even with people spending more on travel and discretionary purchases, Mehta had a “gut feeling” that there wouldn’t be a business slowdown, for several reasons.

For one thing, dealers and manufacturers do not have “enough goods in their safe,” he said. There are a lot of “missing pockets in everyone’s inventory,” and they will keep buying to fill those gaps, which include bread-and-butter items.

Secondly, India has been experiencing problems that are somewhat under the radar. In 2020, many skilled workers left the factories because they needed to earn a living, and they have not returned. But the new hires are less experienced, leading to a slowdown in manufacturing. “This lack of goods and slower speed in production will work in our favor for the next six to eight months,” predicted Mehta.

While he will exhibit at the Las Vegas Antique Jewelry & Watch Show in August, the JCK Las Vegas show’s date is “too late” for the majors and chain stores, which have already finalized budgets and orders to ensure shipment in time for the holidays. For them, JCK would be a “meet and greet.” Instead, it will be a “delivery show” where an order is taken and shipped, with independents and mom-and-pop stores playing a bigger role.

Excluding price — “a shooting target that goes up and up” — Mehta forecast that momentum would continue at all levels and for clients big and small. “There is no room for negativity in this market.”

The president of Atlantic Diamond Company in Chicago, Illinois, reported a “gangbuster” June in which the 44-year-old wholesale business doubled its previous record high for that month.

“We’re flooring it with loose stones,” he declared. “They account for 99.5% of our business, with 2-carat-plus rounds turning two times faster than fancies.”

He expects the pace to continue. “Rough prices are up, supply is down and demand is awesome,” he said, noting that Covid-19 variants might be preventing some people from spending on travel and recreation.

While he is not attending JCK, he plans to watch it online. But he also feels it is imperative that trade shows and retailers adapt to the way people shop now.

“It makes sense to show a one-off stone that can be tried on and then photographed or videoed to a customer via social media,” he elaborated. “But why show a 2-carat, G, SI1 to jewelers? Rather than walk down an aisle at JCK, they should be searching and buying the same way their customers do — from their phones or computers.”

Dukkipati has also observed that retailers who “value speed and execution” have fared better in this market because they understand that their customers spend 10 hours online looking for a diamond and 10 minutes in a store buying it afterward. “Those retailers who get an item on memo, sell it and pay for it immediately have figured out what diamond selling is about today,” he asserted.

“The phone rings from 8 in the morning until 8 at night,” related Gadi Spiro, president of wholesaler SJ Diamonds in Dallas, Texas. But while the demand is there, inventory issues are making it much harder to fulfill orders. After a “tough year,” Spiro admitted he couldn’t remember the last time demand had exceeded supply to this extent. “I’m selling stones that have been in my safe for years that never would have moved had supply been available.”

Spiro pointed to clients’ very specific requests as exacerbating the problem by making it “more difficult to provide or source that exact stone or match the price they are willing to pay.” Sometimes he will negotiate and offer a stone in a different cut, but of similar size and clarity. However, he voiced concern that some retailers were switching to lab-grown to meet demand.

Yet another issue is the delay in getting stones back from the Gemological Institute of America (GIA), which can often take four to six weeks to grade them.

Spiro may attend JCK as a buyer, and also expressed interest in using an online platform. Yet he was skeptical about the next several months. Discretionary spending is increasing, but so is inflation. “I’m happy that we’re past Covid-19 [even if not completely] and that the market for diamonds is strong,” he said. “But it can’t just go up and up. Once inventory starts flowing again, the bubble might burst.”

This article was first published in the August 2021 issue of Rapaport Magazine.