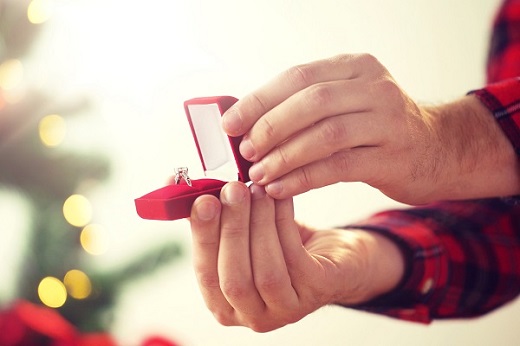 Dealers welcome fall after a stellar summer, with plenty of positivity in the run-up to the festive season.

RAPAPORT… The traditionally slow summer felt like a distant memory this year. Instead, summer 2021 will be remembered for a sales surge in the wake of the pandemic.

“After six months of almost no sales, September 2020 was one of the best we ever had,” said Aron Suna, president of New York jewelry manufacturer Suna Bros. Since September, his sales have been “very, very strong.”

Suna, who manufactures exceptional-quality fine jewelry that can run into the six figures wholesale, cited the challenge of finding fine gemstones. In 2020, his company bought almost no inventory, but took the time to mount some of the stones that had “accumulated” over the years. “We’ve had the luxury of living off our extensive loose inventory,” he said.

However, Suna’s biggest challenge is finding high-end jewelers and setters. Given that all the manufacturing is done on the premises, a shortage of qualified talent impacts the firm’s ability to produce stock items.

Having always participated in the Couture and Centurion shows, Suna Bros decided in January to opt out of the major fairs this year. The company owners and sales staff resumed traveling to stores about three months ago, making sure to observe all health protocols. This strategy has worked to Suna Bros’s advantage. “Orders are bigger when we go to the store. The owner and the buyer will look at the line to determine what to bring in, but often the sales staff is present, and they look at pieces with a specific client in mind,” Suna explained.

He is “very, very optimistic” that sales will remain strong through the holiday season.

“Our business has absolutely picked up,” declared Ronit Pinsky, a jewelry designer at Crown Diamond in Atlanta, Georgia. Pinsky was comparing this year’s sales to a “very challenging” 2020 in which the family-owned wholesaler’s business hit one of its lowest points since the company opened in 1986.

She linked the uptick to vaccine distribution, which enabled stores to reopen. The wholesaler has not experienced any inventory shortages, given its close ties to a manufacturer in Israel, she reported. While Crown is seeing significant demand for mined diamonds, lab-grown has taken on an important role in driving the company’s sales.

“The demand for lab-grown is tremendous. I think it has helped the independent jewelers and some chains to get back on their feet after the pandemic — as well as our company,” Pinsky said. The price of lab-grown is attractive to the budget-conscious customer, she explained, because it offers a better value and “amazing color and clarity.”

Rounds, ovals and cushions are Crown’s top-sellers, and celebrity influencers can play a role in creating a “desirable design.” Since an engagement ring with a hidden halo appeared in an episode of The Bachelorette, Pinsky has had some requests for that style, in which the halo is under the crown instead of around the center stone.

Pinsky voiced some concern about the health and economic impact of the Delta variant. “Across the board, no business will survive a second shutdown,” she stated. However, encouraged by current sales, she is positive that the 2021 holiday season will be better and more prosperous than last year’s.

“Sales have been picking up consistently,” said David Stone, president of wholesaler Pacific Gem in Seattle, Washington. His clients are mostly mom-and-pop jewelers in smaller towns across the US northwest.

More goods are being sent on memo, as his customers are not buying for inventory, Stone explained. In fact, he said, some are trying to reduce their inventory, but they often “get stuck” without the right stone and have to call him to source it.

Stone said he was buying “very selectively” for “anything 5 to 6 grainers and above.” While he has seen a “run on radiants,” he noted that ovals were “cooling off a little.” He has not experienced inventory issues, a fact he attributes to his 30-year relationships with suppliers that “take good care of us.”

“Technology has made the world and the diamond industry very small. I can talk to a dealer in India and get delivery within four or five days,” he said. He also cited Segoma Imaging — the company behind e-commerce firm R2Net’s diamond display technology — as making it easier to examine goods virtually before buying them.

While his customers have not yet ordered for Christmas, Stone is being proactive about placing point-of-sale units with a dozen diamond earrings and offering negotiable terms for these popular gift items.

Even with Covid-19, he had a “surprisingly barnstorming good” holiday period last year. He is optimistic yet “unsure” about this year’s holiday sales. Like his clients, he hopes the market “holds strong.”

This article was first published in the September 2021 issue of Rapaport Magazine.