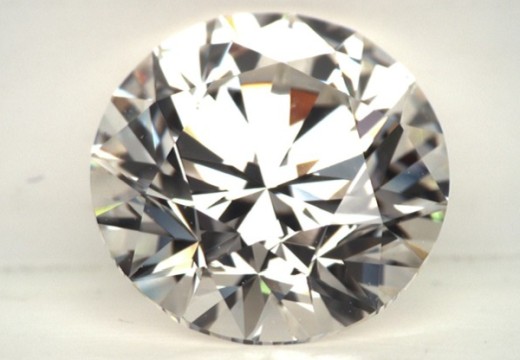 RAPAPORT… HRD Antwerp recently discovered a fake inscription on a polished diamond the lab had received for grading.

The 1.50-carat stone had a Gemological Institute of America (GIA) laser inscription corresponding to a natural grading report, HRD said Monday. The accompanying report listed the diamond as natural, with no color treatments. The stone was further identified as type IIa, meaning it contained virtually no elements other than carbon. However, during testing, the Antwerp lab found that the diamond had undergone High Pressure-High Temperature (HPHT) color treatment.

Although the diamond’s carat weight, color and cut precisely matched the GIA report, HRD noticed inconsistencies with clarity characteristics that were quite similar to those listed in the certification and could easily be mistaken during a standard loupe inspection, it explained.

“Detailed microscopic investigation by an experienced grader revealed that this was not the same diamond described in the report,” HRD said. “The clarity characteristics did not completely overlap. Since these characteristics are a unique fingerprint of the diamond, the inscription was conclusively identified as false. The diamond at hand had been intentionally inscribed with a fake laser inscription to deceive the customer.”

Correction: The story has been updated to clarify what was disclosed in the report and the findings of HRD.