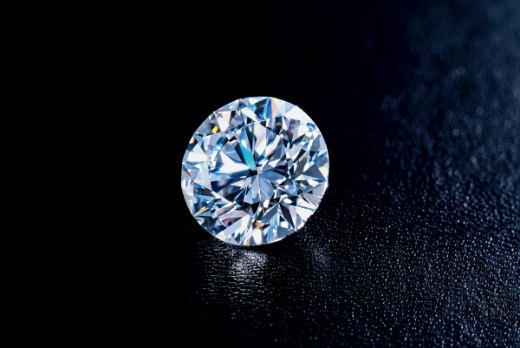 RAPAPORT… A 20.80-carat diamond was the star of the most recent jewelry sale at Poly Auction in Hong Kong, fetching $2.3 million.

A necklace featuring 47 jadeite beads with a Burmese pigeon’s blood ruby and diamond clasp also realized $2.3 million at the sale. A Bulgari ring set with a 13.36-carat Kashmir sapphire flanked by diamonds garnered $2 million, within its presale valuation. Meanwhile, a pair of Burmese pigeon’s blood ruby and diamond earrings by Jacques Timey for Harry Winston sold for $1.8 million, missing its estimate.

Two sapphire and diamond lots fetched $1.8 million at the auction. The first, a brooch by Jacques Timey for Harry Winston, bearing a 102.91-carat Sri Lankan sapphire, was within its estimate. That jewel can also be worn as a ring, Poly Auction noted. The second, a necklace, bracelet, ring and earrings set by Cartier, containing a combined total of 124.87 carats of sapphires and 97.08 carats of diamonds, beat its high valuation.

Other notable items included a Burmese pigeon’s blood ruby and diamond necklace by J.W. Currens for Faidee, which sold for $1.7 million, just above its low estimate. A ring with an oval-shaped, 2.08-carat, fancy-vivid-purplish-pink diamond flanked by white diamonds brought in $1.4 million, and a round brilliant-cut, 10.41-carat, D-flawless diamond yielded $1.1 million, both within their estimates.