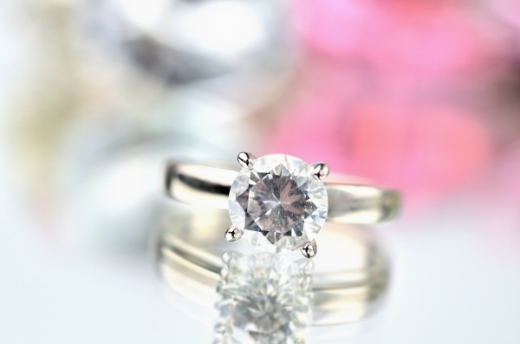 RAPAPORT… Demand for lab-grown diamonds boosted jewelry sales this season as consumers sought larger stones at lower prices, according to independent retailers in the US.

While overall sales were higher than expected during the month before the festive day, synthetic-diamond jewelry was the outstanding performer, retailers told Rapaport News Monday. They reported a stronger season for lab-grown than for the general bridal category, which had been popular throughout the second and third quarters.

“I think people have gotten away from giving engagement rings on Christmas,” said Eileen Hopman, owner of Hopman Jewelers in Elkhart, Indiana. “We had a big increase in sales all year long on engagement, but not on Christmas like we used to have. [This year] our top-selling items were estate jewelry and lab-grown diamonds. I mean, the cases were pretty much empty.”

Steven Hug also noticed high demand in his store for lab-grown bracelets and studs, despite his preference to sell natural stones.

“I’m not a big proponent of lab-grown. However, I will sell it,” the owner of Hug Jewelers in Cincinnati, Ohio, noted. “And we did sell. We sold more than we’ve ever sold, that’s for sure. You know, they’ve come down so much in price, and that’s what I tell customers, that they might be even cheaper next year…and there’s nothing I can do about that. I can’t guarantee they’ll get the same trade-in if they want to trade up, but people still buy them, even if you tell them all that.”

Willa Dickens, owner of Herteen & Stocker in Iowa City, Iowa, saw a “little spurt” in synthetics sales around a month before Christmas. During December itself, they weren’t quite as popular, he said. However, lab-grown was the strongest seller at several shops belonging to the Retail Jewelers Organization (RJO), a buying group of which Dickens is a member, he added.

“Many of the stores in that group are doing the majority of their business [for the holidays] with lab-grown,” he reported.

Sales of synthetic diamonds topped off a solid holiday season, with heavy in-store traffic, even amid rising cases of the Covid-19 Omicron variant, the retailers explained.

“Sales were good, ridiculously good,” said Stewart Brandt, owner of H. Brandt Jewelers in Natick, Massachusetts, who saw a “significant” increase compared to both 2020 and 2019.

For Dickens, jewelry sales for the period were “phenomenal,” up about 20% year on year, with business “the best we’ve had in 20 years,” he stated.

“We had a great season this year,” said Hopman. “You know how you think, ‘This is really going well, but it can’t continue?’ Well, it was really busy all the way until Christmas Eve at four o’clock.”

Hopman estimated sales during the festive season jumped 60% versus 2020 and 45% over the year before. Meanwhile, Hug’s store was much busier in December 2021 than in the previous year, he noted.

“I think a lot of people were ready to spend some money that they didn’t spend last year,” Hug explained. “We were definitely busy…. It was a great December, no doubt about it.”

Sales of engagement rings were slower than jewelers expected, tapering off prior to the Christmas shopping season.

“I did well with lab-grown jewelry for Christmas, but not so much with bridal. Sales [of bridal] were not very strong at all,” said Brandt.

Hopman agreed, noting that while she saw a big increase in engagement rings during the year, the holiday trade was “not at all like we used to have at Christmas.”

Rounds and ovals were by far the cuts of choice for those who did buy bridal for the holiday, according to all four jewelers. And the bigger the stone, the better, with shoppers willing to sacrifice color and clarity for size.

“This whole year has been about bigger diamonds,” said Dickens. “It seems like when they come in, these young people all have at least a carat in mind. It can be a lower grade, but they would like to be able to say that have [a larger stone]. People are buying H, I, J and even K [color], SI1 and SI2 clarity to compensate for the rise in size.

For a few of the jewelers, the biggest issue wasn’t a shipping-related lack of supply, but a shortage of skilled labor amid Covid-19. In fact, when it came to replenishing jewelry, the only difficulty they faced was replacing synthetics, which were flying off the shelves.

Hopman sourced the last three lab-grown bracelets in stock at a major supplier at the last minute, she said. She sold two of them almost right away in the final days before Christmas.

“I think lab-grown diamonds must have been popular all over the country,” said Hopman. “The pricing is what usually clinches the lab-grown over the natural diamond. She wants a big diamond, and he doesn’t want to spend that much.”