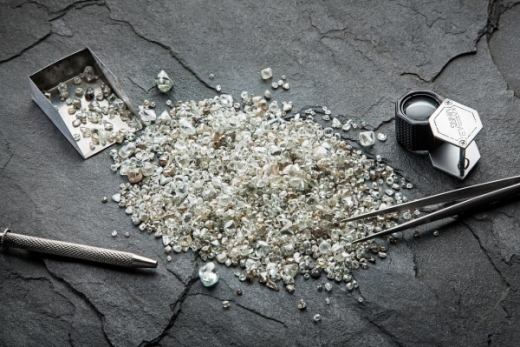 RAPAPORT… BlueRock Diamonds has resumed operations at its Kareevlei deposit in South Africa after mining stopped last month amid an outbreak of the Covid-19 Omicron variant.

Most staff members were able to return to work, BlueRock said last week. The company paused mining and crushing at the site on December 22 after 24 workers tested positive for the virus, and approximately half were forced into quarantine after coming into contact with affected team members.

Meanwhile, the company has appointed Meiring Burger as CEO of its subsidiary, Kareevlei Mining, to succeed Gus Simbanegavi. Burger has been in the industry for 25 years and has led major, large-scale pit operations with labor forces of more than 6,000 people. He has experience in all aspects of exploration, mining, operations, mine valuation and environmental management, BlueRock noted.

Burger began with the company in May 2021. Since then, he has been working alongside Simbanegavi, who is also chief operating officer of BlueRock and will leave both roles on March 1.

“[Burger’s] experience in mine and plant management will enhance…Kareevlei,” said BlueRock CEO Mike Houston. “He has the advantage of having good understanding of Kareevlei and brings strong leadership qualities at a crucial time, as the team faces the ongoing and uncertain challenges of Covid-19 alongside the move to ramp up production at the new processing facility during the wet season.”

Image: Rough diamonds from the Kareevlei mine. (BlueRock Diamonds)