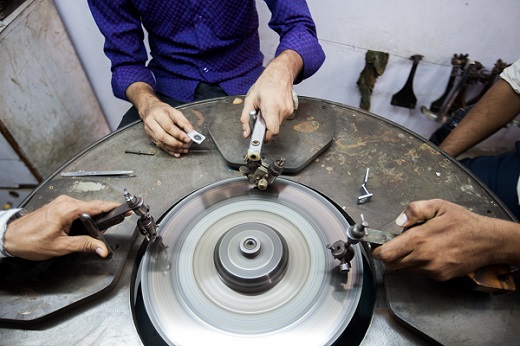 RAPAPORT… India’s diamond trade is likely to see a slowdown in sales in the coming months as a result of the Russia crisis, according to a major credit agency in the country.

The removal of several Russian banks from the Swift international payment system has made it difficult to complete transactions, potentially causing supply disruptions, Crisil — part of S&P Global — said in a statement Wednesday.

Manufacturers’ inventories are already low because of strong demand and a drop in mining production, the company pointed out. Average stockpiles at Indian diamantaires have fallen to about three months’ worth of goods, from a previous level of four months. This will enable companies to continue operating if the situation is prolonged, it added.

Sales will fall by 25% to 30% year on year in the fiscal quarter ending September 30 if the disruption lasts more than two to three months — a decrease of $2 billion to $2.5 billion, predicted Crisil director Rahul Guha. This would mean “flattish” growth in the next fiscal year, which begins April 1.

Operating profits have been under pressure during the second half of the current fiscal year, which ends March 31, the company noted. Rough prices have risen by around 21% since April 2021, outpacing polished, it explained.

“With the exhaustion of pent-up demand, the opening up of other areas of discretionary spending such as travel and hospitality, and the tempering of consumer sentiment because of the war, diamantaires might once again find it difficult, at least in the immediate term, to fully pass on higher prices of roughs,” Crisil concluded.